I Am Not a Virus (Official Music Video) 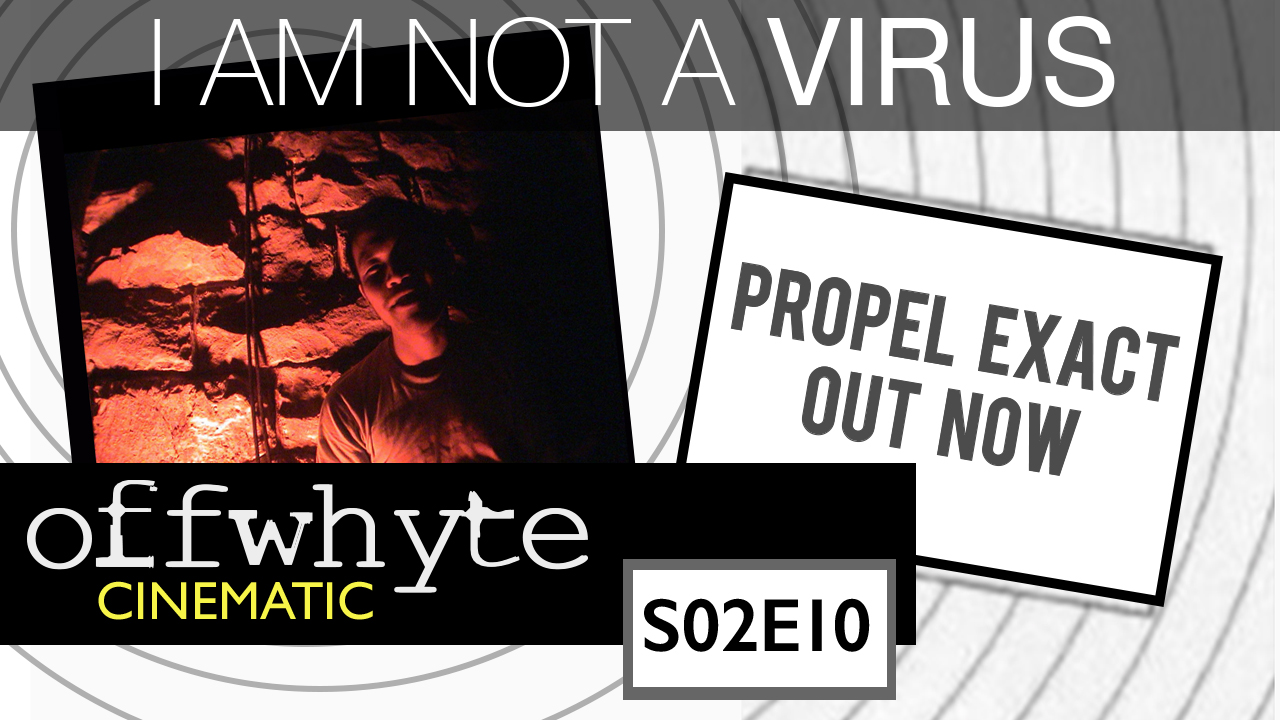 I Am Not a Virus (Official Music Video) - Offwhyte Cinematic S02E10
I Am Not a Virus: On Race and Being Asian
Produced by Kip Killagain and Ceta Singley
Model: April Berry https://www.instagram.com/aprilberry86
Video provided by NASA
Equipment provided by Da Wei (Ono)

Long list. Short list.
I break through the fortress
like I'm on some special forces.
I string together common occurrences
just built in the mode to survive.
I'm sending my entire weapons arsenal
as I just cross the globe.
Feels like living in a sci-fi movie, dystopian.
Uncertainty. Confusion.
Unexpected innovation for a broader conversation.

It ain't no doubt about it, it's from a different place,
where information doesn't flow the same way.
I just repeat what I feel is important.
I'm trying to capture the moment like a surprise.
One side side or the other side,
in a world where every single move's politicized.
Every opinion's super-sized.
Come on.
Information is vague.
Navigate the draconian measures and plague,
and speak about ideas of my world and maybe your world
as the mountain crumbles.
I do the rough and tumble, an eye on the big picture.
Re-discover, re-configure, re-deliver this consolidation and control.
Embroiled in a battle for the soul.
I stretch into the horizon right in front of me,
perpendicular to my center of gravity.
I'm just roaring.
I'm just soaring the circumference.
You've got to know your origin.
48, 24.
16, 32, or any other power of two.
Any other magnitude,
I'm talking to you.

I Am Not a Virus: On Race and Being Asian by Offwhyte

This story has also been published on Medium.

This spring, I saw a news story on The Guardian's YouTube channel about some stencils being done in Rome by a street artist named Laika. These stencils depicted Chinese restaurant owner Zhou Sonia Fenxia and used the hashtag #IAmNotAVirus in French.

And as i viewed the story, I thought to myself, will things reach a point worldwide when I will really need to make a statement like this?

With all the information being flung around these days, I feel that I have a responsibility to speak on these matters, so I guess so. I'll start the discussion by talking about my own history.

My father and my mother are from The Fernandez Family and The Geronimo Family. I come from a family of doctors, lawyers, and medical workers, and they all immigrated to the United States in the correct way. They are some of the most hardworking people you'll ever meet.

My father, a licensed civil engineer, earned his U.S. work visa doing construction work, and my mom was a registered nurse. Also, my family from the Philippines has a history in the United States, even from before I was born. For example, my aunts and uncles studied at such universities as The University of Wisconsin and Columbia University in New York as international exchange students before i was born.

I am a born American citizen. I was born in Pell City, Alabama in 1977. There were very few people like me around me when i was growing up. Here in Springfield, Illinois, my dad ran the bridge inspection program at the Illinois Department of Transportation. I was raised by white people, I grew up with white people. I love white people, and i love black people. And in my life I have also bonded with Latinos, Native Americans, Indians, Asians and every other kind of race under the sun.

To round out my sense of identity, I had to go quite far, living on the West coast, visiting Asia multiple times, and visiting the Philippines multiple times to see the rest of my story. But I did what I had to do and I have a better understanding of who I am because of it.

In my life, every significant accomplishment I've achieved has been done with the help of people from other ethnic backgrounds.

At different points throughout my life I have been targeted and attacked because of my race. These incidents have been both big and small, and can originate from all kinds of people both young and old. Racism is not limited to the small towns and rural areas of the world. It can happen in the big cities, it can happen in the workplace, during the most formal meetings or at the most informal of interactions.

Although I can say I experience racism as an Asian person I feel that in America there are other ethnic groups such as African Americans and Native Americans who face a stronger racism, which is an older type of racism of a more institutional nature. This is the kind of racism that is at the forefront of the national conversation about race we are having today.

To put it in a different perspective, as I mentioned, my family, my ancestors (my immediate ancestors) immigrated here voluntarily, of their own will, and of their own volition. And they underwent their own kind of struggle in doing so. Now imagine if they were chained and brought here against their will, or if they had generational wealth taken from them. What would our family's struggle have been like then? This is the kind of racism that is at the forefront of the national conversation about race we are having today.

In conclusion, as long as the world is having this conversation, I'll share some of my own grievances. One of the negative stereotypes Asians face is that it is assumed that we cannot speak English. And I want to emphasize that there are millions of Asian Americans. There are millions of Asian Americans that speak English as their first language. Furthermore, staring at people is impolite. If you're going to show interest in someone, do the proper thing and say Hi.